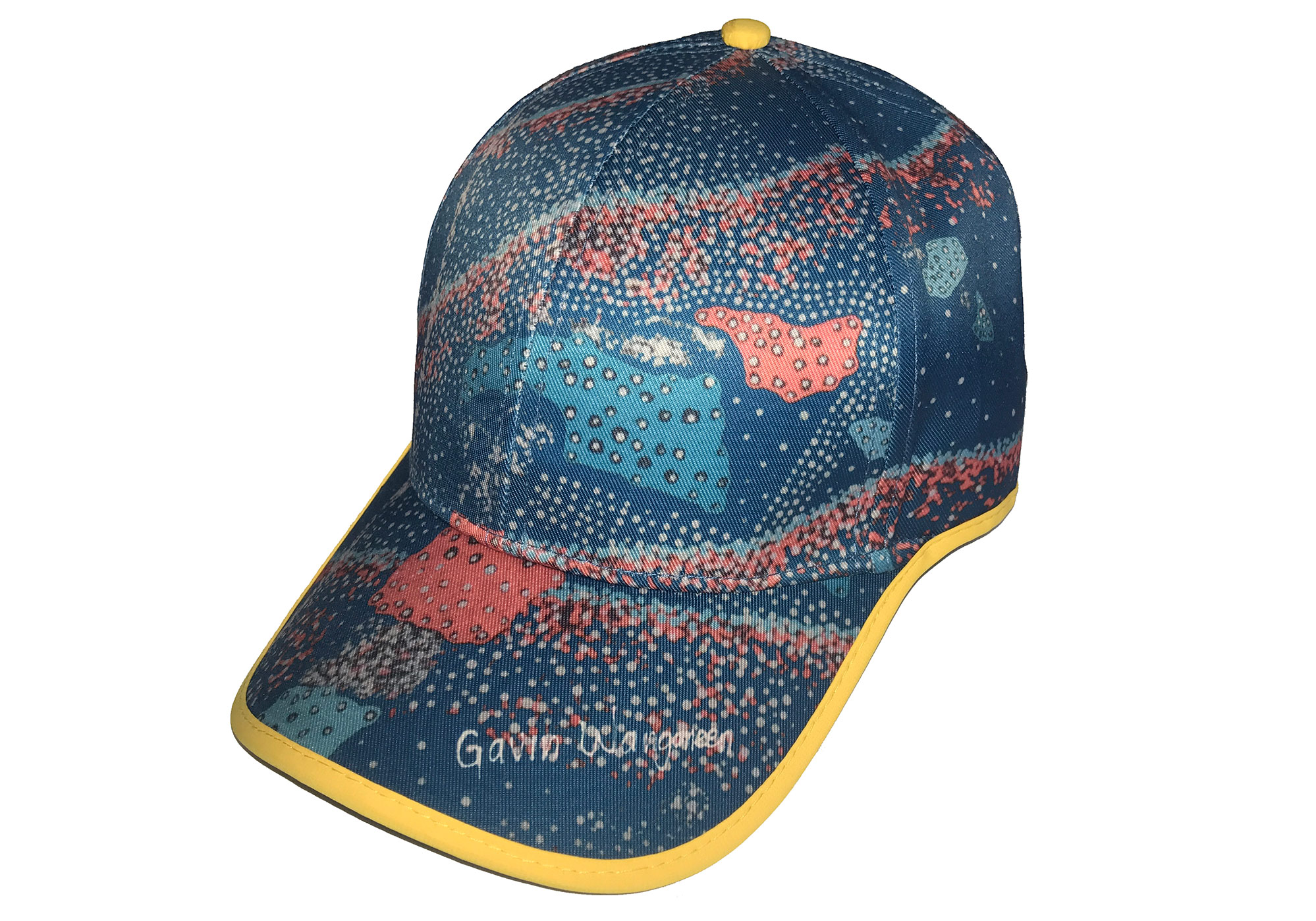 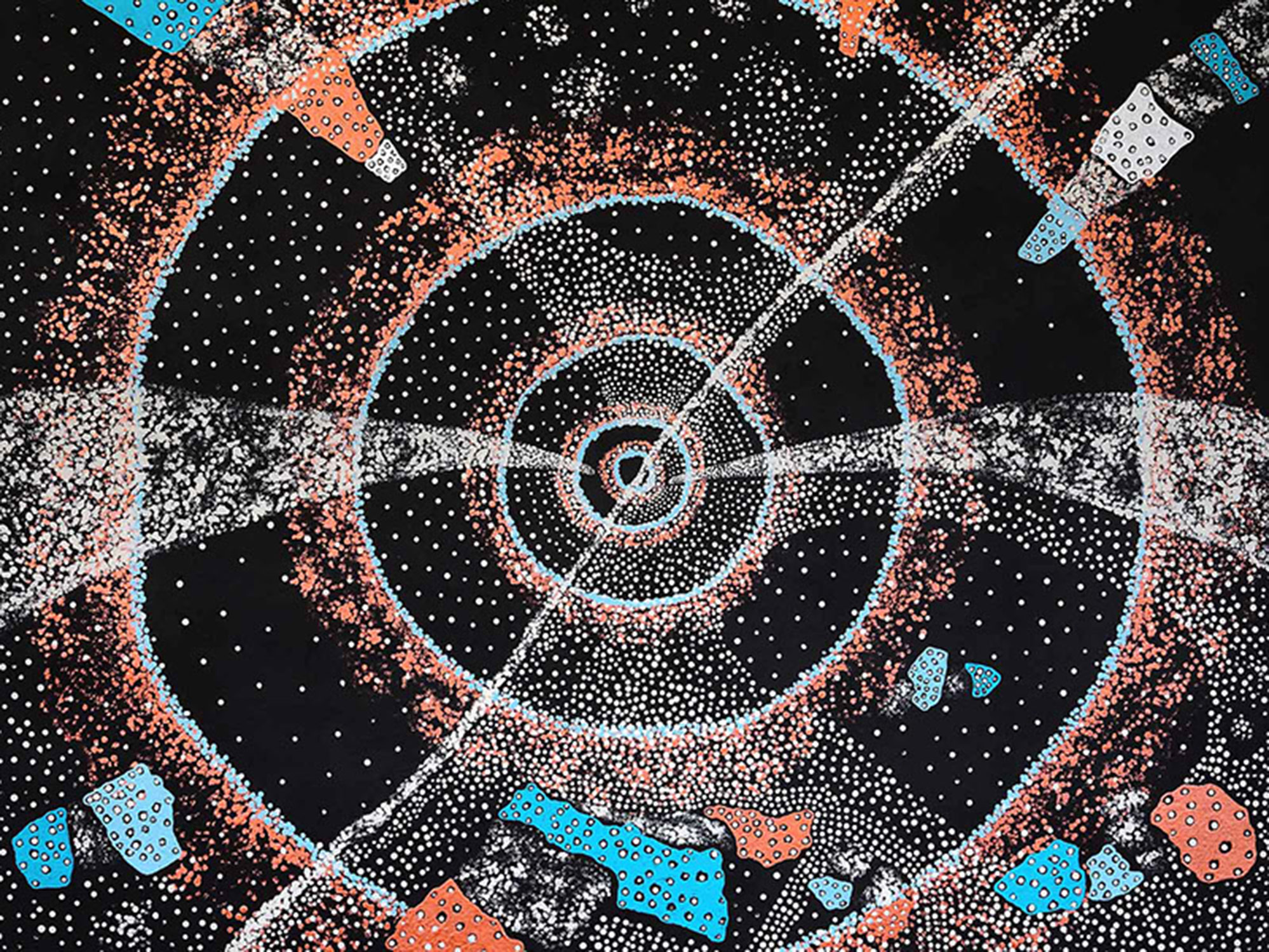 The Dreamtime at the G is an annual AFL match between Essendon and Richmond held on the Saturday night of the ‘Indigenous Round’. Its aim is to recognize the valuable contribution indigenous players have made on the AFL.

For the 2018 game Securecorp engaged Essendon and Port Adelaide legend Gavin Wanganeen, who is now a notable artist, to utilise one of his artworks in a showpiece uniform for the event. One of Wanganeen’s “Shooting Star” series was chosen and it was the job of Andrews Corporate Clothing’s design and production team to incorporate it into the uniform.

The concentric circles in Wanganeen’s painting were wrapped around a unique sublimation printed cap for all Securecorp staff to wear at the game. Andrews Corporate Clothing took great efforts to maintain the integrity of the artwork in a 3D application, ensuring Wanganeen’s signature was given place of prominence on the peak. 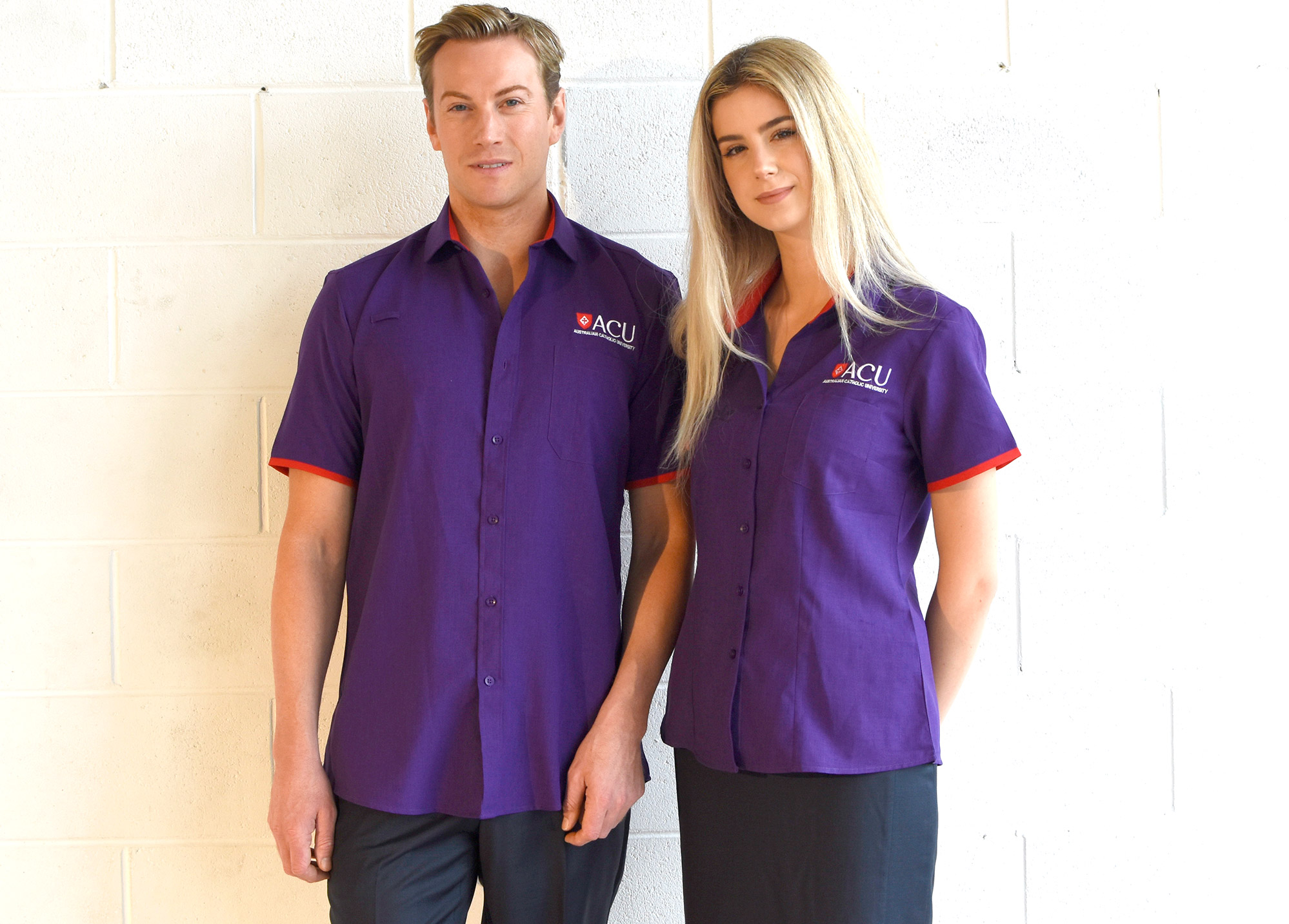 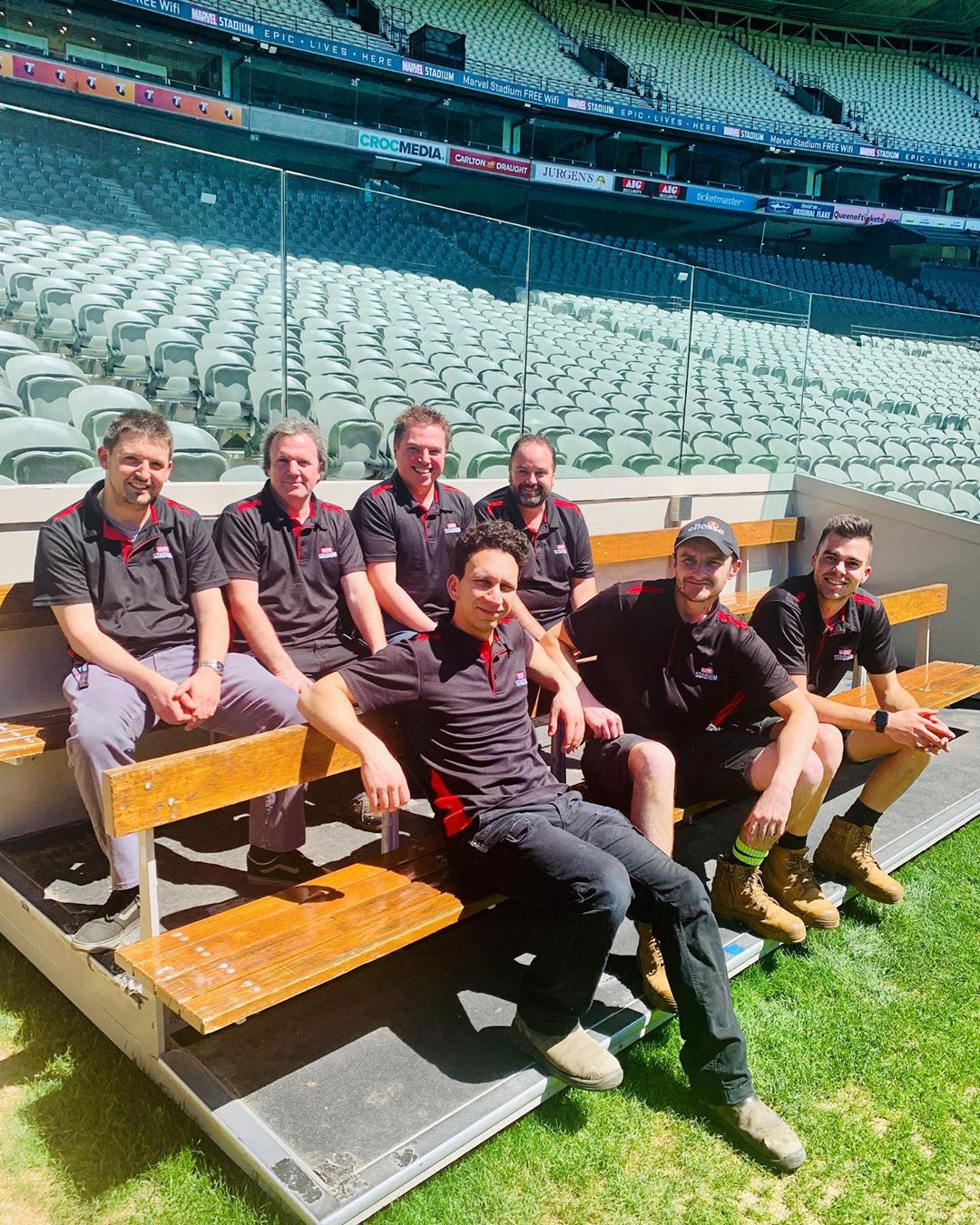 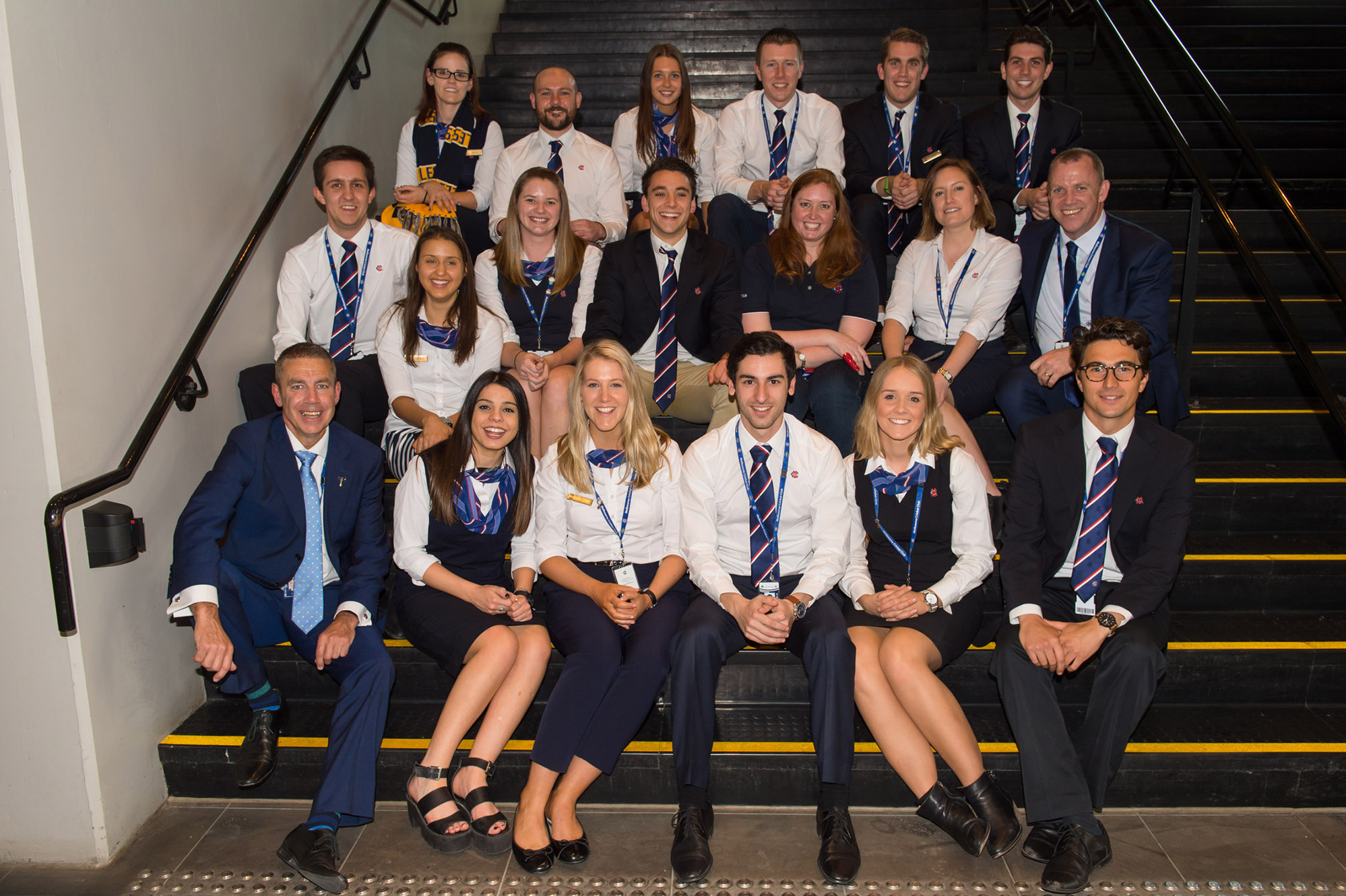 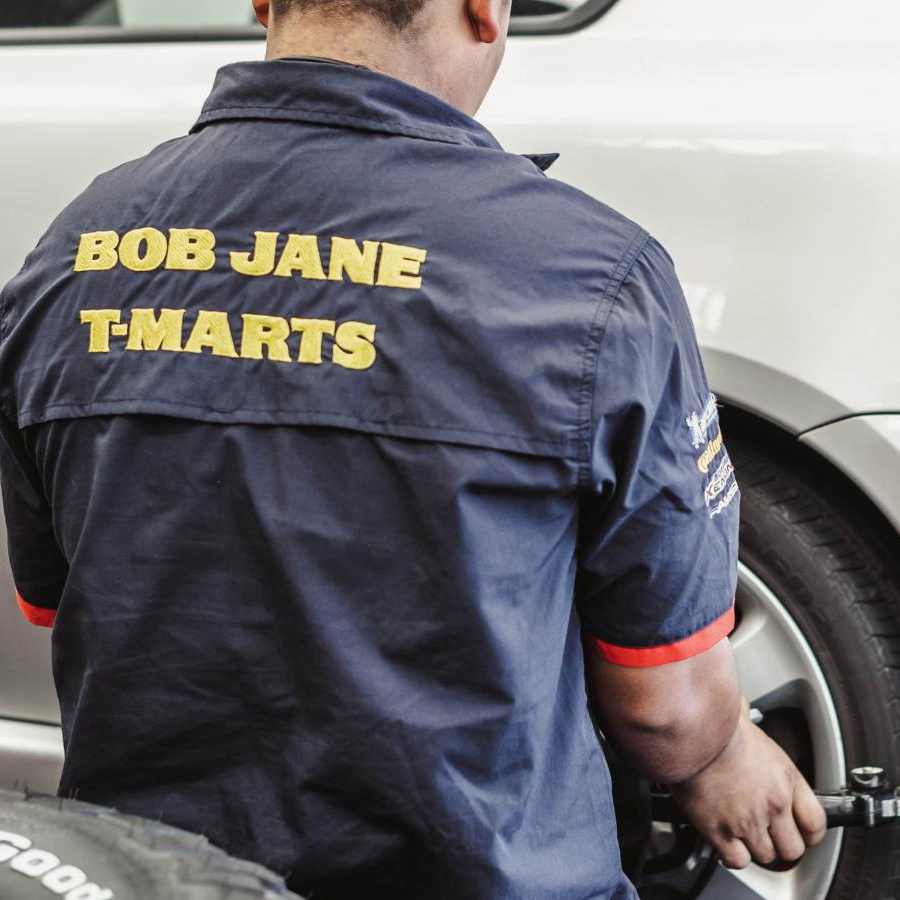 Andrews Corporate Clothing has over 25 years experience in providing tailored uniform solutions to organizations across Australasia.